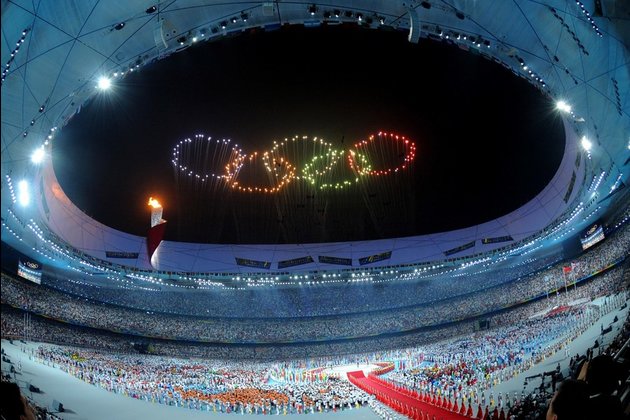 A look at the venues for the 2022 Beijing Winter Olympics

BEIJING, Sept. 20 (Xinhua) -- The Beijing 2022 Olympic Winter Games will welcome its 500-day countdown on Monday. As an important part of preparations, the construction and renovation of Games venues are proceeding as scheduled, despite the challenges posed by the COVID-19 pandemic.

Xinhua takes a look to find out how preparations are progressing across the Games' three competition zones.

Set to become the first city to host both Summer and Winter Olympic Games, Beijing is utilizing its rich Olympic legacy, with five of its seven 2022 Games venues being repurposed from facilities originally constructed for the 2008 Games.

Nicknamed the Bird's Nest, the National Stadium is one of the most iconic legacies from the country's first Olympic Games. In 2008, a spectacular opening ceremony wowed the world and put Beijing firmly in the global spotlight. In 2022, it will stage the Games' opening and closing ceremonies.

Renovation work on the Bird's Nest stadium will be completed in 2021.

The 2019 China Junior Curling Open was the first event to be staged at the National Aquatics Center. (Xinhua/Ju Huanzong)

The Water Cube, the swimming and diving venue from 2008, will be frozen into the "Ice Cube" when winter comes, with a transferable rink for curling allowing for swift water-ice switches on a seasonal basis. It has a seating capacity of 4,500.

The China Junior Curling Open was the Ice Cube's debut event in December 2019, after its pools were converted into Olympic-standard curling rinks.

The main structure of the National Speed Skating Oval was completed on Dec. 31, 2019. (Xinhua/Ju Huanzong)

The National Speed Skating Oval is a new building for Beijing's Winter Games. Nicknamed the "Ice Ribbon" for its exterior design of 22 floating ribbons, the Oval saw its main structure completed at the end of 2019, and the venue will be delivered in two months' time.

Natural carbon dioxide will replace ozone layer-harming Freon as a refrigerant in ice-making at the venue, underlining Beijing's commitment to host a green Games.

Covering 12,000 square meters with a seating capacity of 12,000, it will be the largest speed skating stadium in Asia.

Work on the expansion of the National Indoor Stadium continues in this photo from Aug. 25, 2020.(Xinhua/Zhang Chenlin)

The National Indoor Stadium, which hosted gymnastics, trampoline, and handball events in 2008, is under renovation and expansion to accomodate 18,000 fans for ice hockey games in 2022.

On August 25, the curtain wall for the expanded part of the venue, comprising 863 pieces of glass, was completed, and its ice surface construction is in its closing phase. The venue will be delivered by the end of this year.

Built to Olympic standards, the stadium will be completed by the end of 2020.

With a capacity of 9,000, Wukesong joins the National Indoor Stadium as women's ice hockey venues for Beijing 2022.

An official rendering of the Capital Indoor Stadium. (Xinhua)

The Capital Indoor Stadium, also called the Capital Gymnasium, was the volleyball venue in 2008, and is now being renovated for short track speed skating and figure skating events during the Winter Games.

Renovations on the 18,000-seat venue will be completed by the end of September, ready to host the ISU Grand Prix Final of Figure Skating and the ISU Speed Skating World Cup as test events in December 2020.

Big Air Shougang was the first newly-built arena to be delivered in the Beijing competition zone on October 31, 2019, less a year after construction began.

Located in the Shougang Industrial Park, which underwent a symbolic transformation to house the Beijing 2022 Organizing Committee headquarters, it is the only snow event venue in downtown Beijing, awaiting freeski and snowboard big air athletes to jump against the backdrop of coolant towers.

First opened to the public at the Air & Style Beijing FIS World Cup in December 2019, the venue will be a permanent big air facility, the first of its kind in the world.

An official rendering of the National Alpine Ski Center. (Xinhua)

Tracks and supplementary water and electricity supply, nine cableways and snow-making systems have been completed. In an interview in July 2020, constructors said the venue was 90 percent finished and would be fully completed by the end of this year.

The Center successfully hosted Alpine skiing competitions during the 14th Chinese National Winter Games in January 2020 and will build on that experience for test events, for which it has met all requirements.

Construction of the National Sliding Center in Yanqing progressed on July 29, 2020. (Xinhua/Zhang Chenlin)

Offering a seating capacity of 2,000 and a standing capacity of 8,000 to spectators, the National Sliding Center features the first bobsleigh, skeleton, luge tracks in China.

The tracks and ice-making were all finished by September, with supplementary facilities to be ready by the end of 2020.

The Genting Snow Park has two competition venues, which are the venues for freestyle skiing and snowboard events with 5,000 fixed seats and a standing capacity of 2,500 respectively. Renovated from existing ski resorts, its six tracks were completed in October 2019.

Genting staged high-level international events including the FIS Snowboard Halfpipe World Cup in December 2019, and has geared up for test events.

The National Ski Jumping Center will host ski jumping competitions and the ski jumping event of Nordic combined. Featuring a 'S-type' curve that resembles a traditional Chinese ornamental object for luck, the venue has the nickname "Snow Ruyi".

To provide 5,000 fixed and 5,000 standing seats, the Center's curtain wall was completed by September as scheduled.

Construction of the Nordic center and Biathlon Center resumed in March after having been halted due to COVID-19 containment measures. (Xinhua/Wu Diansen)

The Cross Country Center, together with the nearby National Ski Jumping Center, comprises the Nordic Center for Beijing 2022. Cross country skiing and the cross country competitions of Nordic combined and biathlon will be held in front of 5,000 seated and standing audience respectively in 2022.

An official rendering of the Zhangjiakou competition zone. (Xinhua)

The Biathlon Center will stage the shooting competitions of the 2022 biathlon event. The Center is connected to the Nordic Center with a steel structure nicknamed the "Ice Ring", whose connectivity was achieved in June 2020 after a year of construction. Like the Nordic venues, it has a seated and standing capacity of 5,000 apiece. ■ 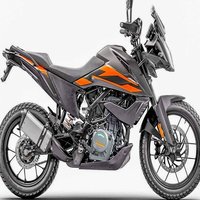 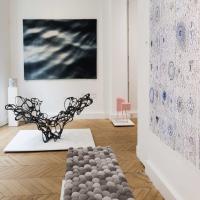 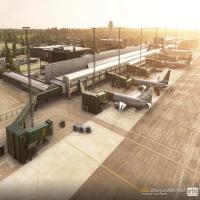 EXCLUSIVE: Q and A with Julian Assange's lawyer Jennifer Robinson

Foreign exchange rate of euro to other currencies 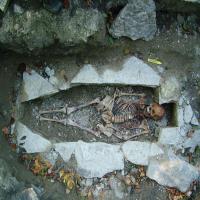 Vikings may not have been blonde, or Scandinavian - Live Science 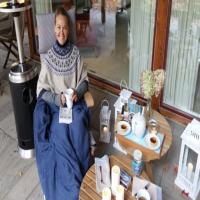 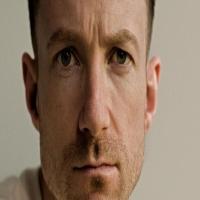 Meet the Irish fashion designer behind Tiger of Sweden

After US prosecuted scholars, China threatens to detain Americans

EXCLUSIVE: Q and A with Julian Assange's lawyer Jennifer Robinson

Foreign exchange rate of euro to other currencies

Vikings may not have been blonde, or Scandinavian - Live Science

Meet the Irish fashion designer behind Tiger of Sweden 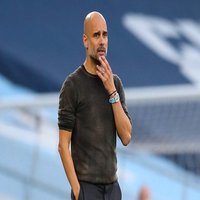 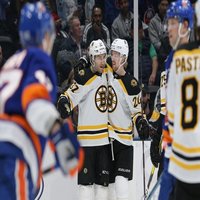 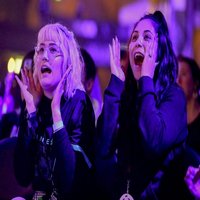 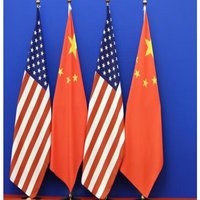 After US prosecuted scholars, China threatens to detain Americans 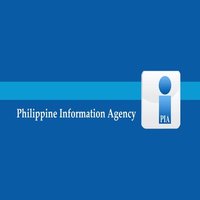 Twelve migrants drown off coast of Djibouti in Horn of Africa

All residential care residents in U.S. to be vaccinated by government

U.S. schedules execution of woman for first time since 1953

Trumpism stretching all the way to Australia 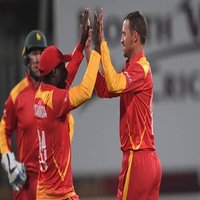 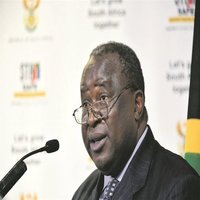 Mini-budget: The prognosis for SA taxpayers is not good